THE Can Be a Powerful Word

Did the title of this post, “THE Can Be a Powerful Word”, get your attention? Think about it for a minute. Now if I say: “It’s THE Real Thing” or “When you care enough to send THE very best”, I’ll bet you can name what brand each statement refers to without blinking an eye.  Am I right?

Branding is something every business needs to do. Establishing a brand can be taxing. You create a name, you create a product, maybe you get a patent, maybe you apply for a trademark, maybe you copyright your material, and maybe you are the product! And after all is said and done “the customer owns the brand” as Jeff Hayzlett informed us at Blog World Expo 2010.

Prior to the name change imagine the confusion a hotel guest faced: What do you tell the taxi driver, upon arrival you might not be sure which hotel tower to check-in at…or you may wander around in the casino and then make your way back to the wrong hotel tower. (Think Co-Op City in THE Bronx!) 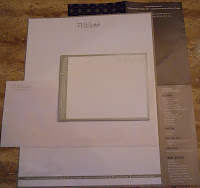 As you know Blog World Expo 2010 was held at the Mandalay Bay Resort and Convention Center. Happily I was a guest at THEhotel at Mandalay Bay.  I can truly say THEhotel is a well designed beautiful hotel. Every room is a suite, no smaller than 725 square feet. And THE is the only word you need to know when you are trying to find your way around THEhotel. They don’t have fancy or clever names for their on-site amenities or venues: THEpad, THEtp, baTHE (toiletries), THElounge, THEcafe, THEstore, THEcoffeebar. (click on the photo on the left) You see what I mean? Simple and understated. This customer owns the brand!

In closing, I would like to share something I rediscovered today about the word THE. Did you know: “that the pronunciation of the definite article ‘the’ changes, primarily depending on whether the following sound is a consonant or a vowel?” Before a consonant sound the pronunciation is thuh, before a vowel sound it is usually thee.

By the way, if you think I am off base when I say THE can be a powerful word, maybe I can interest you in a UBS commercial effort.

On the other hand, THE Google never did sound right and we are told in “The Social Network” movie that it was Sean Parker who advised Mark Zuckerberg and  Eduardo Saverin to drop THE from The FACEBOOK.