Cities Around The Country Making Attempts To Catch Google’s Eye

Last month Google announced its plan to provide a Fiber Optic network to a select group of cities. This fiber optic network would be 20 times faster than residential fiber optic services that are available now in select areas. This is big news and there are a number of cities that would love the opportunity to harness the full power of Google. Immediately after Google made its announcement, cities around the country started making attempts to catch Google’s eye. You may ask yourself: what does it takes to get the attention of the biggest company in the world? Let me tell you the great lengths cities have gone to: Topeka, Kansas renamed its city ‘Google’ for the month of March, Mayors signed proclamations, city employees were forced to sing and dance, jumped into freezing lakes, etc.

Google will provide the network free for the city that wins, (consumers using the services will be charged). The speed will be incredible, 1GB/sec fiber, 100 times faster than the average American’s Internet speed. Digital communications and measurement firm Steketee Greiner and Co. analyzed over 90 cities across the US to determine which city was trying the hardest. Not an easy task, according to Tech Crunch, “through measuring activity around online conversation, digital syndication, presence, involvement and activation, to determine which city will come out on top. At the moment, Steketee reports that Duluth seems to be in first place, with Grand Rapids taking second, Topeka coming in third place, Fresno in fourth place and Sarasota rounding out with the fifth spot”. 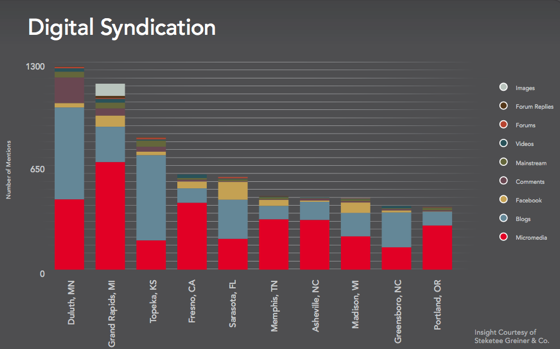 Unfortunately, I live in a city that did not make as much effort as the others. I submitted a request here in Eugene, OR for the opportunity to experience Internet the way it was intended, but, I fear there were not many here who did the same. Oh well, perhaps in the future we will have the ability to partake in the experience. At the end of the day it makes me happy to know Google is encouraging other Internet providers to offer the same kind of services. Internet should be in every home, whether you can afford it or not, live in the country or city, there is no reason why you should not be connected to the world.