Apple has started a patent battle with Taiwanese Cellular company HTC, but, may be starting a war with Google. Apple announced Tuesday that it was suing HTC for allegedly infringing on 20 of their patents. Despite only one company being named in the lawsuit, there is no question that Apple is throwing its weight around to scare off any other companies with iPhone-like devices. HTC recently released the Nexus One smartphone, which runs Google’s Android Operating System; the Nexus One is the iPhone’s number one contender in the smartphone market. It would seem that Google may have to step in to protect their partner companies in this battle. It makes sense that Apple will find themselves biting off more than they can chew if much larger companies like Google and Microsoft get pulled into the suit.

Trying to understand the patents in question can prove challenging and you may need to be an engineer to fully understand them all – I certainly don’t! I will say it is very interesting finding what exactly Apple owns the rights for, some of them seem to be patents on how the human might move their own extremities while operating an Apple device or any device like it. A good example of this is the left-to-right thumb unlock feature, this patent has forced other smartphone companies to make inefficient unlocking techniques because the most efficient way is owned. Apple dictates the way the world unlocks every smartphone, it’s not about user comfort as much as it is about ownership. 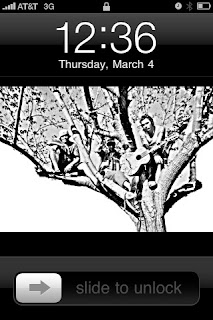 It seems clear that Apple is trying to stifle the competition which is sad in my opinion, competition is what breeds innovation. Without competition companies have no incentive to make a better product. I have an iPhone and I think it can be a great tool, but I also believe there can be many great tools that implement similar features. I am hopeful that Google and Microsoft become more vocal about this in the coming weeks.