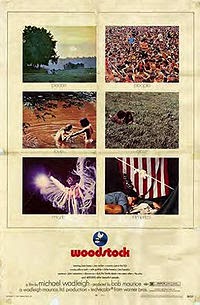 So here we are with another one of those 40th anniversary Saturdays. Were you at Woodstock 1969? I am going to save you a lot of reading time. I was not at Woodstock 1969, but you all know I am old enough to have been there. It so happens that Woodstock took place in Bethel, New York, and at that time I lived in San Diego, California. I couldn’t travel to New York; I had to go to work every day for Wells Fargo Bank. But all this aside I would like to take just a few minutes today to honor the memory of Woodstock and, yes, I do have a friend who was at Woodstock and indeed performed at Woodstock!

We all either knew about the music festival or soon learned about it when 500,000 people showed up and the media decided to pay attention, most of us could not really appreciate the magnitude of this festival until the Academy Award Winning documentary “Woodstock”* was released March 26, 1970 (this film has been remastered and re-released in June 2009 to celebrate the 40th anniversary). Keep in mind the average 20 year old could not easily travel to New York State for a three day festival. There was no way to purchase tickets on-line or even by phone, in fact according to Wikipedia, the “ticket sales were limited to record stores in the greater New York City area, or by mail via a Post Office Box at the Radio City Station Post Office located in Midtown Manhattan.” 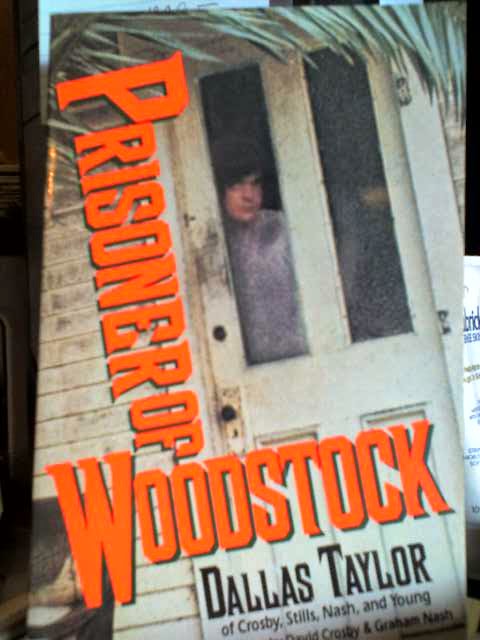 Over the years I have often thought back to that weekend. I remember sitting in the clubhouse of my apartment complex in the Hollywood Hills. It was then 1977 and in walked Richie Havens and he sat down next to me and introduced himself. Wow! Who will forget Richie Havens singing “Freedom”? But much later, actually around 2002, I had the pleasure of meeting Dallas Taylor. You might remember Dallas. He was the drummer for Crosby, Stills and Nash (CSN) and yes, he played at Woodstock. Dallas authored a book Prisoner of Woodstock. As mentioned on Amazon, Taylor provided the backbeat for some of the brightest stars of the Sixties and Seventies, most notably Crosby, Stills, Nash, and Young, with whom he performed at Woodstock. For more than 25 years Dallas has  spent his time helping others find recovery. Last summer, Dennis and I enjoyed seeing Crosby, Stills and Nash on their Summer 2008 tour. It was quite the evening sitting in an open air arena with our oldest son, Aaron, enjoying great music and memories.

Prisoner tells two tales: one of Taylor’s successes and failures in the rock music business, and the other of his struggle with drug addiction.” Dallas has been our friend and client for many years and now with almost 25 years of sobriety Dallas continues to work with the music industry with Music Cares.

I have one more anecdote about Woodstock. I opened this blog by telling you I was not there, but I actually knew someone who was there; however, I also know someone who lived in New York City at the time, was 20 years old, had tickets to Woodstock, started the drive to Bethel and when he got stuck in traffic he decided to turn around and go home! (Of course, this may be an urban legend, but this person is Dennis’ first cousin.)

Sit back, take a break, rent the movie or in the meantime I invite you to watch a YouTube video of CSN Woodstock 1969

If you are having trouble viewing the video, you can see it here.

*Roger Ebert once said: “Woodstock is a beautiful, moving, ultimately great film. It seemed to signal the beginning of something. Maybe it signaled the end. Somebody told me the other day that the 1960s has “failed.” Failed at what? They certainly didn’t fail at being the 1960s. Now that the period is described as a far-ago time like “the 1920s” or “the 1930s,” how touching it is in this film to see the full flower of its moment, of its youth and hope. The decade began with the election of John F. Kennedy and ended as the last bedraggled citizens of Woodstock Nation slogged off the muddy field and thumbed a ride into a future that would seem, to many of them, mostly downhill.”