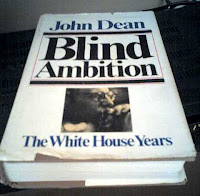 A few months back a friend of mine suggested that I might write a book titled “51 Cards!” When I questioned her on this title, she said: “51 Cards” is the title Kevin (her husband) proposed for your yet to be published autobiography. It alludes to your lamentation that the Baby Boomer generation is “not playing with a full deck” due to the emotional scars inflicted by such events as the Vietnam war, the assassinations of MLK, JFK and RFK, etc.” I think the title is perfect and I have often said that people of my generation lived through many life changing events in our formative years. This is not an excuse, but an explanation of what we are about. And so today, I am remembering August 8, 1974, Richard M. Nixon. It was on this day, 35 years ago, that the President of the United States (POTUS) Richard M. Nixon announced his resignation as a result of the Watergate Scandal.

On June 15, 1974, I received my BA degree from California State University, Los Angeles. What I recall most about my last year in college were the Senate Watergate hearings. These hearings ran from May 17, 1973 through August 7, 1973. The hearings were televised, but remember I was working and going to college full time, so being able to watch the televised hearings was a luxury. The university was nice enough to set up televisions in the library so that the actual social network of students could stop by the library in between classes to watch the hearings. Remember now, this is when we still only had three networks…NBC, ABC, and CBS. Oh, and yes we did have our newspapers. According to Wikipedia “Each network maintained coverage of the hearings every third day, starting with ABC on May 17 and ending with NBC on August 7. An estimated 85% of Americans with television sets tuned in to at least one portion of the hearings.” The Senate issued its seven volume report on June 27, 1974.

Within a few weeks of my graduation I went to work for a small financial corporation. Every evening I would go back to my little apartment and turn on the news. But on August 8, 1974, I hurried home as Richard Nixon was going to address the nation at 6:00PM PST. We had learned this from listening to radio news that afternoon. That evening I watched intently as Richard M. Nixon announced his resignation. That was 35 years ago today and I invite you to listen to part of this speech here or visit the Miller Center to hear the whole speech.

The next day I went to work, but I brought my television with me. At 9:00AM PST, August 9, 1974, all of the employees gathered around this little 12 inch Zenith black and white television to watch Gerald Ford become our 38th president. It didn’t matter which political side of the aisle you were on, this was, hopefully, a once in a lifetime event. If you want to learn more about this time in our history, I invite you to read “All the President’s Men” by Woodward and Bernstein and “Blind Ambition” by John Dean.

It is funny, last evening I happened to catch Lewis Black on HBO. It wasn’t a new bit, but I listened again to him as he described how “our” young lives were ruled by fear during the cold war. We practiced for air raid drills, nuclear bombs, hid under our wooden desks, and watched some of our parents waste their hard earned money building bomb shelters. “51 Cards”, indeed!

“There are eight million stories in the Naked City. This has been one of them.”