The new road we will travel…change 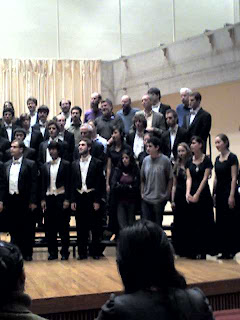 This weekend Dennis and I are attending homecoming at Amherst College. It is a sentimental journey for Dennis, class of 1968. I have been on this campus a number of times over the past 30 years, but yesterday was special for a number of reasons. While taking an afternoon stroll we came across a wonderful new, slightly larger than life-size statue of Robert Frost. I stood there admiring this work thinking of how the campus must have looked when Robert Frost was an English professor at Amherst, off and on from 1916 to 1938. I thought if Robert Frost were alive today what might he think of our most recent election. The last election Robert Frost witnessed was 48 years ago today when John F. Kennedy made history as the first Irish Catholic to be elected President of the United States. I remember that election night. I was eleven years old and I remember watching the returns with my Irish Catholic parents. I remember the tears in their eyes. When John Kennedy was inaugurated on January 20, 1961, he invited Robert Frost to speak at the inauguration. It was remarkable.

This week Dennis and I watched the election returns with our adult children. We watched History unfolding. Again remarkable. So today, again I will walk the Amherst College campus with Dennis, we will watch a football game, meet old friends, enjoy a concert.

And we will ponder the words of Robert Frost in his “The Road Not Taken”.

Two roads diverged in a yellow wood,
And sorry I could not travel both
And be one traveler, long I stood
And looked down one as far as I could
To where it bent in the undergrowth;

Then took the other, as just as fair
And having perhaps the better claim,
Because it was grassy and wanted wear;
Though as for that, the passing there
Had worn them really about the same,

And both that morning equally lay
In leaves no step had trodden black
Oh, I kept the first for another day!
Yet knowing how way leads on to way,
I doubted if I should ever come back.

I shall be telling this with a sigh
Somewhere ages and ages hence:
two roads diverged in a wood, and I —
I took the one less traveled by,
And that has made all the difference.

Here’s to the new road we will travel together…